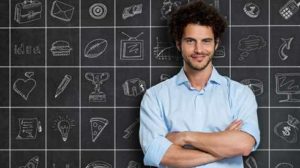 Understanding the unique way of thinking each gender brings to your marriage can improve communication with and appreciation for your spouse. We like to think of it like this: Men are like waffles; women are like spaghetti.

When we say that men are like waffles, we do not mean that men “waffle” on all decisions and are generally unstable. What we mean is that men process life in boxes. If you look at a waffle, you see a collection of boxes — all separate from each other — that make convenient holding places. That is typically how men process life. Their thinking is divided into boxes that have room for one issue and one issue only. The first issue of life goes in the first box, the second goes in the second box and so on. The typical man lives in one box at a time and one box only. When a man is at work, he is at work. When he is in the garage tinkering around, he is in the garage tinkering. When he is watching TV, he is simply watching TV. That is why he looks as though he is in a trance and can ignore everything else going on around him. Social scientists call this “compartmentalizing” — that is, putting life and responsibilities into different compartments.

As a result, men are problem-solvers by nature. They enter a box, size up the “problem,” and formulate a solution. In their careers, they consider what it will take to be successful and focus on it. In communication, they look for the bottom line and get there as quickly as possible. In decision-making, they look for an approach they can buy into and apply it as often as possible.

A man will strategically organize his life in boxes and then spend most of his time in the boxes in which he can succeed. This is such a strong motivation for him that he will seek out the boxes that work and will ignore the boxes that confuse him or make him feel like a failure. For instance, a man whose career holds the possibility of success will spend more and more time at work at the expense of other priorities. On the other hand, a man who always falls short at work or feels he never meets the expectations around him may find out that he is pretty good at being lazy. He will then develop a commitment to being lazy because he knows he can do that today with the same proficiency as yesterday.

Men also take a “success” approach to communication. If a man believes he can successfully talk with his wife and reach a desirable outcome, he will be highly motivated to converse. If, on the other hand, the conversation seems pointless to him or he finds understanding his wife impossible, he loses his motivation to talk and clams up. That is why men come up with profound things to say, such as, “Is there any point to this conversation? ” “Is this conversation leading anywhere? ” and “Can you just get to the point?” These are statements a man makes out of frustration because he doesn’t know how to make conversation work with his wife.

The “success” drive is why men find it so easy to develop hobbies that consume their time. If a man finds something he is good at, it makes him feel good about himself and about his life. Because men tend to be good with mechanical and spatial activities, they get emotionally attached to building, fixing and chasing things. Yard projects become expressions of his personality. The car becomes his signature. Fishing becomes an all-consuming pursuit of the right equipment, the right fishing spot and the right friends. The computer stops being a tool of work as it transforms into an educational or entertaining “friend.” It makes predictable moves and gives predictable feedback. Because a man knows what he will get back from his computer, he spends more and more time with his keyboard while he spends less and less time face-to-face with his wife.

The bottom line with men is: Men feel best about themselves when they are solving problems. Therefore, they spend most of their time doing what they are best at, while they attempt to ignore the things that cause them to feel deficient.