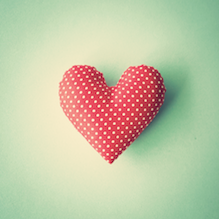 Francis Chan is the best-selling author of Crazy Love and Forgotten God and the founding pastor of a much-celebrated megachurch. Yet he and his wife, Lisa, have chosen to live on an income far below what his success could easily provide. He has given the profits from his books to charity and has stopped accepting a salary from the church, supporting his family on whatever income God provides through his speaking engagements.

The Chans and their four children live in a tract house in a modest neighbourhood. Despite their tight living quarters, Francis and Lisa have opened their doors to others in need. As many as seven houseguests find shelter under their roof at any given time.

Their countercultural lifestyle isn’t some progressive social experiment in low-cost, communal living. Rather, it’s a reaction to love. God’s love for them. And their love for other people.

“God has put us on this earth not to be comfortable, but to love and minister to other people,” Francis says. “It’s been a blessing for our children to see that when God blesses us with something, we use it to bless others.”

It wasn’t always like this. Eight years ago, the Chans were comfortably ensconced in a two-car-garage, middle-class lifestyle. But in 2002, Francis visited Uganda, and his heart-wrenching experiences there launched him and his family on a new trajectory. In this war-torn country, Francis encountered severe poverty and hopelessness. He saw kids about the same age as his daughters digging through the trash for food.

After he returned to the U.S., the images of those starving children continued to haunt him. Poverty was no longer simply a concept — it now had a face and a name. Suddenly, the words of Jesus, “Love your neighbour as yourself,” took on new meaning and greater urgency. Francis began to ask himself, What would it look like for me to really love these starving kids?

“I wanted to give as much as I could,” Francis says. “We didn’t have a whole lot, but I thought, If we downsize our house, then we can give more.”

When he mentioned the idea to his wife, she was less than thrilled. Though she was willing to follow her husband’s lead, she struggled with letting go of her home. She hadn’t been to Africa with Francis, hadn’t seen what he saw and didn’t have the same desire to give up her lifestyle to help people on the other side of the world.

Lisa explained, “He was just full of all this angst and passion and love, but I wasn’t there. I couldn’t lie and say, ‘Oh, this is exciting.’ It was hard.”

Despite her reluctance, they put their house on the market and began looking at trailer homes, trying to find the cheapest way to live. Then they heard that another family was heading to the mission field and wanted to sell their house. The home turned out to be just the place the Chans needed.

In downsizing their home, they also had to downsize their possessions. Furniture, appliances, toys and cherished belongings had to be sold or given away. It was a painful process — learning to let go of their things.

Many of their friends and family criticized their decision: “That’s not fair to your children; how could you do that to them?” Others objected that it was financially foolish: “A bigger house builds more equity.”

But the Chans trusted God to take care of their family. And all the while, God was working in their hearts.

“Moving into that smaller home was one of the biggest turning points in my whole life,” Lisa says. “It caused me to be detached from stuff. It has radically changed my whole outlook.”

What started as a sacrifice quickly became a blessing. Their new home drew them closer together as personal space and privacy became a thing of the past. “There was no hiding from one another,” Lisa says. “There was just one space, and you heard what everybody was doing. So we were spending more time together, making up games and doing whatever.”

And never before had they formed such close friendships with their neighbours. Because the homes were small, people spent a lot of time outside, chatting in their front yards. Children rode bikes. Wives traded avocados and extra plates of food.

“There was a sense of camaraderie,” Lisa says. “We had a lot of witnessing opportunities. It just seemed more real.”

The same love that urged the Chans to give all they could for hungry kids in Africa also led them to reach out to people in their own community. So about a year after moving in, they opened their home to two women who needed a place to stay. They set up a cozy living space in their garage — until they discovered that this arrangement was illegal.

So to make room for God-honouring as well as legal hospitality, they moved into another home. The Chans have since built on an addition, but even with the added space, their house is more crowded than ever. They now share their home with seven other people — two single women and a married couple with two preschoolers and a baby.

Their numerous and varied houseguests haven’t hindered their family life, but enriched it, Francis says. He disagrees with the common American belief that “family time” is when family members get together and no one else is allowed in. “The greatest times for our family are when we get to reach out to others as a family,” he says.

Their home is noisy and bustling and full of life. If you were to drop in for a visit on any given evening, you might find all 13 people huddled around the dining room table, eating, laughing and sharing stories. Or you might find their oldest daughter, Rachel, playing Bach on the piano as the younger kids gallop like horses through the living room and the baby loudly announces her feeding time.

Though finding a quiet corner to do homework may be a challenge at times, their daughter Rachel relishes her bustling, boisterous home life.

“There are days where silence is no option, but I would not trade it for anything,” Rachel says. “I love the noise and the joy that constantly surrounds this home that the Lord has given me.”

Lisa says it’s been good for her daughters, ages 14, 10 and 5, and her son, age 4, to share their home and their lives with others. “It’s refined them. They’ve learned to deal with all kinds of people. They’ve learned to love people through the good, the bad and the ugly.”

Last year, they welcomed a homeless Guatemalan woman and her four young children into their home. She had been living in a rescue mission when Francis met her.

“I thought, How does a lady like that make it when she’s got four kids and no husband?” Francis says.

Unexpectedly, her stay turned out to be one of the Chans’ biggest challenges. She spoke no English, and her standards of child discipline and cleanliness were vastly different from the Chans’. Those differences stretched their whole family in new ways.

By the end of the first day, their two older daughters were in tears. Lisa led them into a bedroom for a pep talk. “Girls, we are just going to have to call on God right now,” she said. “We’re going to have to figure out a way to love them.”

With the help of a friend who spoke Spanish, Lisa sat down regularly with the woman to chat about life and parenting and God. The Chans’ unconditional love eventually helped her get back on her feet. Five months after moving in with them, she was able to sign a lease on her own apartment.

Lisa knows that other parents may have questioned her decision to expose her kids to such difficulties. She points out that hospitality hasn’t trumped her kids’ safety, and her family has exercised a healthy degree of caution when choosing houseguests. Although sharing their home hasn’t always been easy, Lisa has seen how God has used those challenges to make her kids more like Christ.

Her daughter Rachel looks back on their time with the homeless family as an important season of growth. “The reason it was so hard at first was due to the fact that I was not putting them before myself,” she says. “It was an issue for me to understand that the world does not revolve around me. This is not my home. My treasure is in heaven, and my home is with Christ.”

Such an attitude leaves Francis and Lisa in awe of what God has done in their children’s hearts. In downsizing their life, they now see that they’ve lost nothing of real value — and have gained a treasure of eternal worth.

This article first appeared in the July/August, 2010 issue of Thriving Family magazine.
Copyright © 2010 by Focus on the Family.
Used by permission.