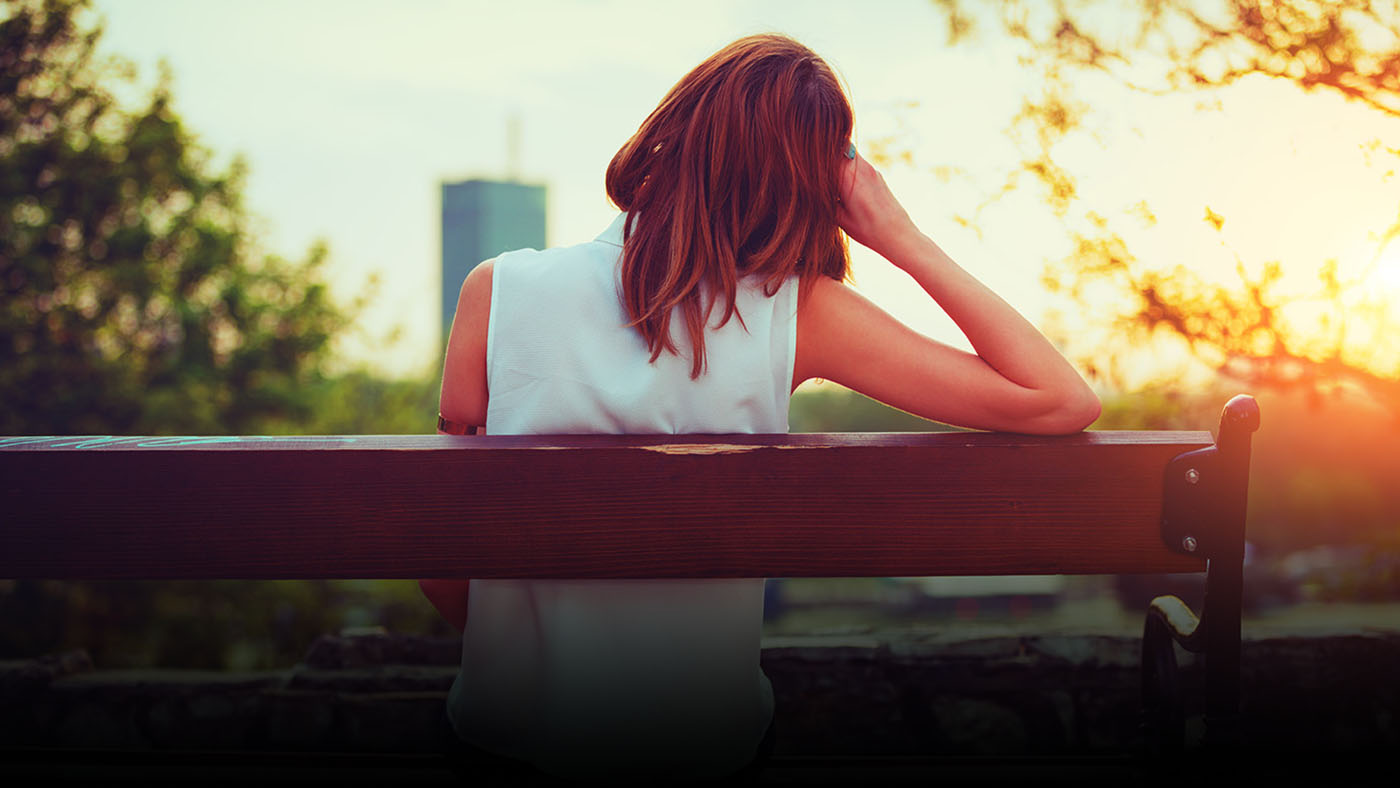 Noah’s grandma was concerned. Her grandson, a dedicated young gymnast, seemed to be growing thinner and thinner. He’d always been lean, but one day when this twelve-year-old pulled up his sleeve in a dramatic fashion, she was shocked by what she saw.

His arm, once so strong and muscular, was now skin and bones.

“Do you want to kill your son?” the grandma asked Noah’s parents. They had been overcommitted to his success as a gymnast, and as he gained height—and naturally, weight—they had begun restricting his diet. At first, Noah received encouraging comments that kept him from eating. But as he continued to starve himself, he started losing muscle, and his gymnastics performance took a nosedive. His coach was threatening to pull him off the team. Noah was crushed. Gymnastics was his world, and he knew his skill in that world was highly valued by his parents.

I’m a loser! I’m no good. I’m nothing, he thought. I was going to go to the Junior Olympics for gymnastics, but I’m not going now! I’ve ruined my career, and my parents are ashamed of me. Noah felt so bad that he started thinking about cutting himself. Only his close relationship with his grandmother kept him from doing so. Instead of cutting himself, he visited a website called “To Write Love on Her Arms,” a nonprofit dedicated to finding help for people struggling with depression, addiction, self-injury, and suicide. When Noah showed his arm to his grandmother that day, she noticed writing on it.

“I know how much you love me, Grandma,” he said. “So I didn’t want to hurt you. I tattooed ‘To Write Love on Her Arms’ so it would remind me not to cut myself.”

Of all the problematic behaviors that have a potential to push young people in the direction of suicide, eating disorders may be the most difficult and costly to diagnose and treat. The condition is associated with a wide variety of psychological and medical complications, including anxiety, OCD, heart problems, and strokes.

Of special concern is the connection between eating disorders (EDs) and suicidal thoughts. Suicide is the most common cause of death among people who suffer from EDs. Statistics indicate that individuals with anorexia are thirty-one times more likely to make a fatal suicide attempt than the general population. The number for bulimics is lower but still disturbing, at seven and a half times the normal rate. Clearly, this is an issue that needs to be on the radar of every parent who’s concerned about the threat of adolescent suicide.

An eating disorder is a condition or state of mind in which a person develops an unhealthy relationship with food, water, and exercise. This can involve restriction of intake, overindulgence, or any type of hyperfocus on food and water. The intensity of the problem can range from mild to severe. It’s possible, of course, to be concerned about eating and drinking without having an eating disorder. A line is crossed when this focus becomes obsessive to the point of controlling other aspects of life.

Anorexia is a condition of self-imposed starvation that eventually leads to a body weight at least 15 percent below the expected level for a person’s age and height. It’s characterized by an extreme fear of—or antagonism to—gaining weight and a strikingly distorted body image. Not surprisingly, it has a number of medical consequences, including the interruption of the woman’s monthly cycle, loss of bone density, decrease in body temperature, reduced capacity of the stomach, dry skin, yellowing of the fingernails, thinning of scalp hair, and the development of a fine hair growth on the body called lanugo. Anorexia nervosa is a serious condition with lethal risks.

This eating disorder is characterized by a behavior known as bingeing and purging. During a binge, an individual quickly consumes an enormous amount of food, often without even chewing or tasting it. The resulting physical and emotional discomfort will provoke a purge, usually involving self-induced vomiting. The bingeing and purging cycles may occur a few times a week or, in severe cases, several times daily. Among the serious medical consequences of bulimia are the decay of teeth and inflammation of the throat and salivary glands due to repeated exposure to stomach acid, severe constipation, and potentially dangerous disturbances in heart rhythm due to the loss of potassium from vomiting.

Compulsive overeating is bulimia without the purging element. It’s often linked with depression and can be understood as a way of self-medicating intense psychological pain. The depression-overeating connection is a classic example of a vicious cycle: the deeper the depression, the more a person eats in an attempt to dull the sense of despair; the more she eats, the more weight she gains; the heavier she becomes, the more depressed and hopeless she feels about the possibility of shedding the unwanted pounds.

An obsession with food, water, exercise, weight loss, and weight gain is the outward symptom of an eating disorder, but it’s not the real problem. People often assume that if an anorexic or bulimic could only dispense with the food obsession, the disorder would be cured. Nothing could be further from the truth. In actuality, the typical eating disorder has its roots in a crisis of self-identity and self-acceptance.

Generally speaking, the person with an eating disorder is unhappy with himself physically, mentally, or spiritually. The hyperfocus on food is part of a quest for personal definition. This definition may have something to do with physical appearance: usually it’s a desire to be as thin as possible. But in most cases the person with an eating disorder is suffering from a distorted body image.

The need for control is another important factor behind many eating disorders. In some cases a child can develop this need in response to a domineering, perfectionistic parent with high expectations. This child tries to restrict food intake or manage her body weight so she can control at least one thing in her life. In other instances the situation is exactly the opposite: a negligent or overly permissive parent may leave a child with a deep sense of insecurity. So the child tries to compensate by keeping her eating habits under tight control.

Characteristics of People with Eating Disorders

Differences between Girls and Boys

It’s commonly assumed that eating disorders are primarily a female issue. This isn’t the case. Though the underlying causes may be different, the condition now affects males and females in equal numbers. In girls the motivation is often connected with a perception of self-worth based on cultural definitions of beauty. Boys may be driven by a desire to enhance athletic performance or stay in shape.

In both cases the subject is likely to be a high achiever or a perfectionist who desperately wants to fit in and be accepted by the larger social group. They may appear to be outgoing, extroverted, and friendly on the outside but struggle with emotional disconnectedness on the inside.

Eating disorders are among the most difficult psychological conditions to treat for the simple reason that they’re so unrelenting in nature. Food, eating, and meals are things that we all have to deal with at least three times a day. This means that the anorexic, the bulimic, and the compulsive overeater are up against this perceived enemy almost constantly.

A person in this condition can easily become exhausted, isolated, and prone to thoughts of self-destruction. The danger is especially high in the case of the severe anorexic, whose body is starved and whose brain chemistry has been destabilized through lack of adequate nutrition. All of this, added to the self-hatred and shame that usually accompany the condition, can reduce the individual to a condition in which suicide seems like the only way out.

Myths and Facts about Eating Disorders and Suicide1

Myth: Eating disorders are really a form of slow suicide.

Fact: Eating disorders are characterized by a desire for thinness and not to feel rather than a desire for death.

Myth: People with anorexia are less likely to choose violent methods of suicide because they tend to avoid anything that causes pain.

Fact: Although people with anorexia tend to avoid behaviors that will intentionally harm their bodies, they have become used to damaging their bodies, which overrides these tendencies.

Myth: People with EDs are more likely to die by suicide because they’re medically compromised.

Fact: People with EDs are more likely to die by suicide attempt because they use more lethal means.

Myth: People with EDs tend to attempt suicide because they have more selfish traits than individuals with other disorders.

Fact: People with or without EDs who attempt suicide tend to do so to relieve their perceived burden on others rather than as a selfish act.

Myth: People with EDs are more impulsive and therefore more likely to make an impulsive decision to die by suicide.

Fact: Most suicides are the result of long planning and deliberation, with or without an ED.

Harvard psychologist T. E. Joiner, in The Interpersonal Psychological Theory of Suicide, suggests that individuals with eating disorders often come to see themselves as a burden to others.2 This feeling, combined with social isolation, creates a perfect storm in which the person becomes unusually capable of thinking about and carrying out suicidal thoughts. The results can be disastrous.

How can you tell if your child is struggling with an eating disorder? If a teen or young adult has an ED he

If you suspect your child has an eating disorder, it’s very important to get her into treatment with an ED specialist right away. It may be necessary to begin with an inpatient approach at a specialty clinic. An ED clinic can evaluate the severity of the problem and recommend an appropriate course of therapy. These centers may be exclusively Christian based or offer a specific program for Christian clients.

For obvious reasons, this therapy will include a strong medical component. A good treatment plan for a person with an eating disorder usually involves weekly appointments with a medical doctor, two or three meetings per week with a certified dietician, and two to four sessions per week with a mental health counselor. The treatment will normally last a minimum of six months. Many patients will need to be hospitalized more than once before switching to outpatient counseling and support.

You’ll also take action to help your child when you:

It’s important to note that an eating disorder, like alcoholism, is something from which a person never completely recovers. He can learn to cope with the condition and manage it effectively, but there’s a sense in which it never really goes away.

This is why it’s vital to make sure your adolescent with an eating disorder gets plenty of warm, affirming, and nurturing support from friends and family. She needs healthy relationships, both with God and other people, and a home atmosphere characterized by a spirit of grace, if she is to manage this issue. It’s also helpful to maintain a regular meal schedule, to slow mealtimes down (twenty minutes at the minimum) and model positive attitudes towards food in every area of life. The road to health may not be easy, but it can be navigated with prayer, persistence, and much outside assistance from friends and helping professionals.

NEXT SECTION: ''SELF-HARM AND INJURY''