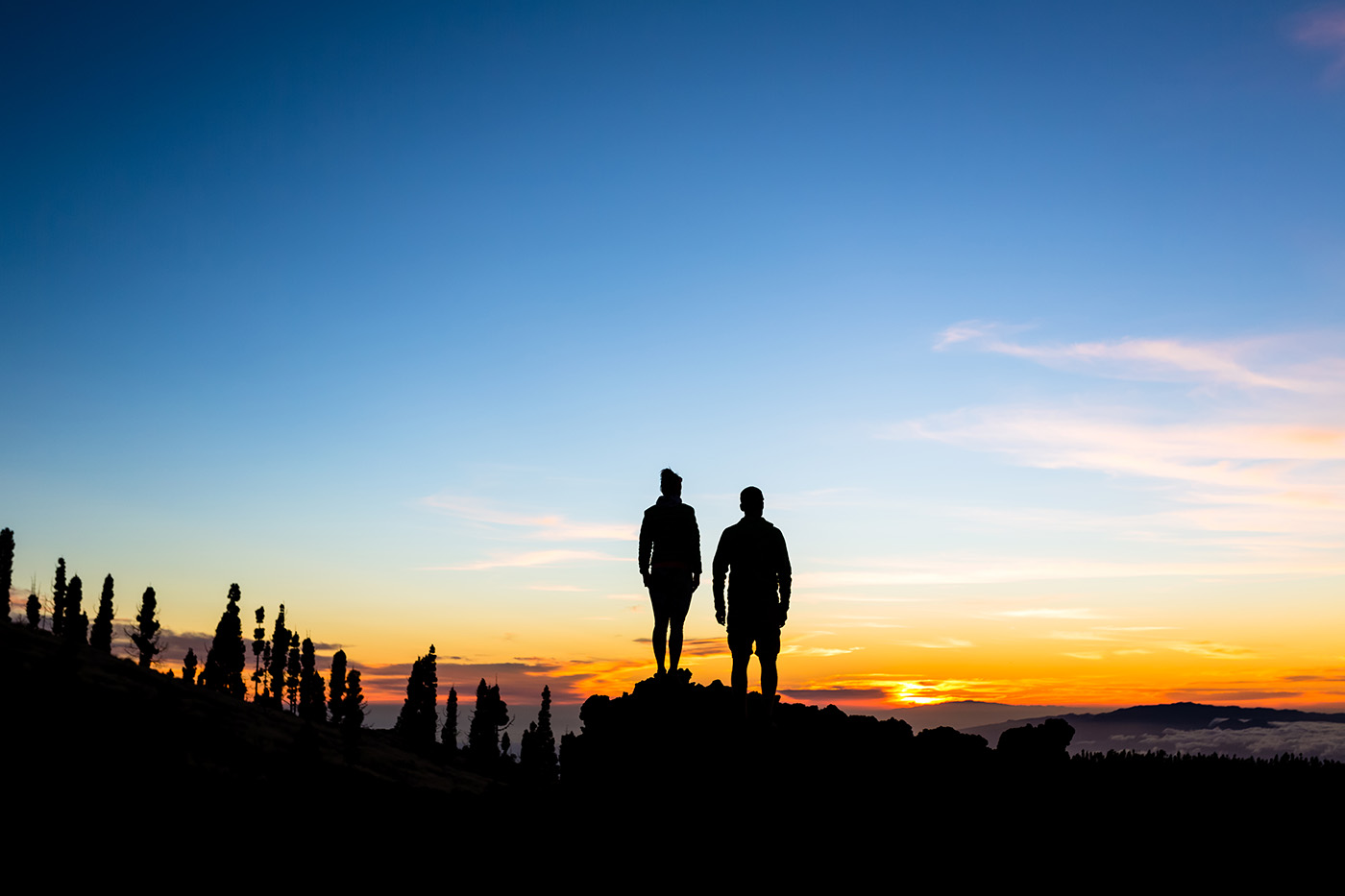 A few years ago, a Christian family was going through a high-conflict, high-stress divorce. Alex, a successful realtor, and Marti, a prominent member of the church worship team, were well-known in the local community. At the insistence of the worship leader, Marti took Grant, her fourteen-year-old son, to see a counselor.

During the first appointment with Jeff, the counselor, Marti introduced herself while strategically mentioning her involvement with the church worship team. “I’ve brought Grant in because he’s been so moody lately, and he’s really having some behavior problems,” Marti told the counselor. “I need you to help him, to get him to stop acting so badly.”

During the second appointment, Jeff met with Grant separately. Grant, who had kept silent almost the entire previous appointment, was open and animated as he shared how frustrated he was. “My parents are the real problem,” Grant said, “but they aren’t trying to get help!”

“It’s common for one child in the family to become the scapegoat and be blamed for the problems in the family,” Jeff explained. “That way, the family and everyone looking at the family are distracted from seeing the real issue.” The counselor told Grant he was extremely articulate and “together” considering all the stress he and his family were experiencing. As sessions progressed, Grant shared many stories of how his parents got into yelling matches and his mom would just lose it.

Grant was extremely embarrassed as he described the day his mom ran naked through the house, yelling at his dad, “Isn’t my body good enough for you?” Grant had no idea how to handle an experience like that. He lost respect for both of his parents. He was sad, angry, and depressed. A multitude of emotions flooded him all at the same time, session after session.

After a number of appointments, Jeff took a chance and asked if Alex and Marti would join them for their next session. Alex refused, giving an I’m-too-busy excuse, but Marti agreed. At the joint session, the counselor shared that Grant’s feelings and behaviors were normal and pressed Marti to look at the relationship between Grant and herself.

To Marti’s credit, she reluctantly began to see how she was contributing to the problem. She was able to talk with Grant about their relationship and how they could improve it moving forward. Grant’s behavior improved, mainly because he was being truly heard rather than blamed as the problem.

One afternoon, Grant entered Jeff’s office with a huge grin on his face. He shared how relieved he was that his mom was finally seeing a counselor to help her with her own emotional turmoil.

Whether we admit it or not, our kids are greatly influenced by the breakup of their family, even if they don’t immediately say they’re struggling, or if they act as if they’re unaffected. As parents, we can either create more difficulties for our kids or be of tremendous help.

When a child is faced with the situation of his parents’ divorce, his sense of belonging gets shaken and he questions his sense of worth and competence. He will tend to gravitate toward others who are from broken homes to feel a sense of normalcy and connection, or he may just simply disconnect.

The home essentially becomes unbalanced, and your child is left alone to manage emotions that are hard for her to prepare for ahead of time. She may feel angry, lonely, anxious, insecure, shocked, depressed, and disillusioned, all of which are very difficult to manage unless she has someone helping her accurately interpret what is happening in her life.

In part one, we talked about how healthy attachment is the foundation for strong relationships between you and your kids. When your children feel loved, accepted, and attached to you, they are well equipped to develop healthy relationships with their peers and establish meaningful friendships. They are also able to cope with crises better as they seek comfort from you and receive reassurance that they’re in a safe, protective environment.

But what happens when the crisis is a divorce and the attachment to one or both parents is damaged or severed completely? This loss of an important relationship and the conflict that tends to come with parents being at odds with each other may negatively affect children in numerous ways. Here are a few:

Take The Holmes-Rahe Stress Inventory to assess the susceptibility to stress-induced health breakdowns.

Every family situation is different, and every child is affected in unique ways, ranging from a mild to a severe degree. While some children may adjust fairly well to a divorce, others will be significantly affected for the short and long term. It’s very hard to predict how each of your children will react, because so many variables influence their responses. But there are several ways you can lessen the negative impact of divorce on your children.

Avoid divorce in the first place. Many of us are surprised to learn that there is no issue or problem in a marriage that can’t be resolved when both spouses are determined to work toward change and seek God’s help. You might assume that a pattern of multiple affairs would surely destroy your marriage and be reasonable grounds for a divorce. While that might be true, it’s important for you to know that couples can and do work through marital infidelity, usually with the strong support of family members and friends, pastors, mentors, and a marriage counselor. Sometimes a period of separation is helpful to provide a break from frequent arguments and help each spouse get a clearer perspective on the problems they are contributing to marital strife. If it’s at all possible on your end, avoid divorce.

Listen to your children. Provide a safe place and undistracted time to talk about what they’re thinking and feeling as they go through this storm. Some kids like to draw as they talk, some like to take a walk or hike, some like to go out to dinner, some like to journal about what’s happening. They need to express their thoughts and emotions

Assuming you are both safe to be around your kids, you will need to make shared custody arrangements with maturity and a focus of what is now best for your child’s development and growth. Following a divorce, it’s best for your children if they’re allowed to have unrestricted access to you and your spouse unless there are safety concerns. Children benefit from the input both parents have to offer, especially if the parents have tapped into a support system that includes counseling. God is able to use what is broken for His own good and glory.

Many kids have developed resiliency in the face of their families falling apart. One common thread in all of these cases was that the parents worked together to make the experience less stressful for their children. The parents focused on what was best for the children instead of what was best for them personally. Divorce can easily make you focus on your own experience without awareness of what’s happening to your kids.

Divorce makes it more difficult for children to handle conflict. Your kids will benefit from your modeling and guidance on how to effectively, wisely, and cooperatively handle conflict. Children will adapt best when both parents develop a nonadversarial coparenting relationship, but of course you only have half-control of this.

and know it’s okay to feel or think those things. Help them come up with ways to manage their internal turmoil. This is like giving them an umbrella or a raincoat in the middle of a rainstorm. The storm is still there, but they can talk about their discomfort and get some relief in the middle of it.

During the divorce process and following a finalized divorce of their parents, children typically wrestle with a variety of emotions, feelings, thoughts, and behaviors. Here’s what they may be experiencing:

others. Now is a perfect opportunity to model how to do that. Revenge and manipulation isn’t helpful—it’s actually quite damaging.

Put stress buffers and crisis prevention measures into place when you decide to divorce. Hostility between parents, loss of social support, multiple losses, and minimum contact with a noncustodial parent are likely to exacerbate any negative reactions to divorce in your children. The more parents can do to treat each other civilly and take steps to build supportive relationships between your children and their friends and extended family members prior to a divorce, the better.

Adjusting to the loss of a marriage in the family is hard enough for kids, so it’s up to you as the parents to absorb other losses as much as is possible, instead of making choices that require them to lose a home, school, friends, and/or beloved pets.

Establish regular one-on-one time with each child, if possible. Children process the divorce differently depending on their personality, sex, age, and relationship with each parent. Look for connection with your child, not popularity or control.

Respond quickly and proactively to any signs of divorce-related problems in your children. Listen to the concerns expressed by your kids’ teachers, pastors, and other trusted people who can provide you with realistic feedback on your children. If changes in academic progress, social relationships, behavior, or physical or psychological health are noticed before or after a divorce, seek help quickly from a school counselor, mental health professional, and those in a position to have a positive influence on your children. The earlier you do this, the better. If problems are denied or not addressed, they are likely to get worse.

Don’t forget that even though divorce is a time of stress, kids still need to have limits and consistency. It’s tempting for you to feel bad for your kids and to ease up on enforcing boundaries. But your children need the predictability of boundaries so they can feel that things will be okay. They may fight the limits—that’s normal—but they need them in order to feel safe and stable.

If you’re going through a divorce, talk with your children about what they’re experiencing. You can start by asking about their feelings. What emotions are they having?

Then, together with your child, investigate the many times in Scripture when people had similar emotions and pursued God in their distress. Read Scriptures where God tells us to go to Him in our pain. Here are a few to get you started: 2 Samuel 22:7, Psalm 118:5, Psalm 120:1, Deuteronomy 26:7, Isaiah 41:13, Isaiah 25:4, Psalm 42:5-6, and Matthew 11:28. After reading about people in the Bible who brought their troubled feelings to God, you can ask your kids these questions: What do your emotions tell you? And what can you do about them?

Write a verse or verses on a canvas or a framed sheet of paper. Help your kids hang it in their rooms as a reminder of “a shelter from the storm” (Isaiah 25:4).

Here are a few other questions you can discuss with your kids:

Help your children use Philippians 4:8 (TLB), reprinted below, to remind them of the good things in their lives—and of God, Who never changes, even though divorce has changed their circumstances. Remind them also that “Jesus Christ is the same yesterday and today and forever” (Hebrews 13:8). Work with them to write specific things in the following blanks that are true, good, right, and so on.

Read Colossians 3:12 with your kids, and talk about how we need to set our minds on what we can control instead of getting stuck on what we cannotcontrol.