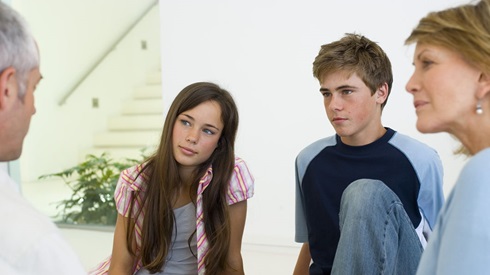 Bruce Jenner’s athletic world-record and 1976 Olympic gold medal in the decathlon competition propelled him to become one of the most famous athletes in the world. He was a hero and role model for many. He later became well known to younger generations after his marriage to Kris Kardashian and appearances on the reality television show, “Keeping Up with the Kardashians.”

With his tremendous athletic background, there was huge surprise when, in 2015, Jenner started appearing in public with long hair and nail polish. Tabloids reported he was undergoing plastic surgery. Finally, in a television interview with Diane Sawyer, Jenner announced his decision to “transition into a woman.” A cover photo published a few months later on Vanity Fair magazine was even more shocking, and a reality television show on his life aired on E!

In 2016, Jenner appeared on the cover of Sports Illustrated as “Caitlyn,” wearing a sparkly jumpsuit and the Olympic gold medal won more than 40 years ago. But these days it’s not just Jenner pushing transgender ideology. The transgender agenda has become a huge concern, from the fracas over safety and privacy in North Carolina to the gender confusion taught or endorsed in some schools. Sadly, given the prominence of transgenderism in our culture, children are bound to be exposed to this complicated sexual issue at far too early an age.

When confusing events like this are broadcast throughout the culture, Focus on the Family is asked a lot of questions. And we know parents get asked questions, too:

Transgenderism includes a wide variety of identities and behaviors and may also be called “gender dysphoria,” “gender confusion” or “gender identity disorder.” It’s tough enough for adults to understand this subject. So when our children encounter this confusing issue, what do we say? Most importantly, how do we help them develop a biblical, Christian perspective on this issue?

We want to help you navigate this topic, so here are some useful guidelines and suggestions for addressing transgender issues with your children:

Relax. As a parent, you are the authority in your child’s life; but you don’t have to be an expert on every issue – including this one. And even the “experts” really don’t understand all the complexities of this issue. A few years ago, a gay identified psychiatrist was asked about gender confusion and responded, “The truth is we actually don’t know what it is. Is it a mental disorder or does the cause of gender dysphoria lie somewhere else?”1

So don’t think you have to understand everything about transgenderism or tell your children everything you know. Here are a few simple truths to communicate:

Keep It a Dialogue

This isn’t an inquisition, but an opportunity to get to know your child better. So keep your tone conversational and friendly.

Older children and teens may have more questions, so we have a list of helpful resources at the end of this article. You might want to read some of these additional resources first, then read and discuss them with an older child.

If you don’t know the answer to a child’s question, say so. Then tell your child you’ll look for an answer. Let’s say your son asks, “Why does he want to be a lady?” The real answer, if we’re honest, is “I don’t know.” None of us know all of the pain and false beliefs in the lives and hearts of persons who struggle with transgender issues.

Nevertheless, Scripture is clear about certain things, and those truths are what you can communicate to your children:

God wants us to live in truth about how He created us and who we are. We know God is powerful to save and transform lives – including the gender-confused. Tell your children this truth.

God has a deep love for sexually and relationally broken men and women – including those struggling with gender identity issues. These struggles are complicated and touch on deep aspects of our sexuality and being. The topic can provoke some to laughter or mockery, so work to maintain God’s heart for the gender-confused. He loves them with an everlasting love – just as He loves each of us.

Your children will be watching you for cues about how to respond to gender confusion in individuals and in the culture. Pray for God’s heart and for the ability to convey this to your children. Tone and attitude are as important as your words:

When children see a transgender person on the news or on the street, they may feel curious, alarmed, confused or afraid. So, when they ask questions about it, they’re not just asking for details about transgenderism. They’re also asking for comfort and affirmation. As a parent, you can respond positively:

Ask the Lord for wisdom and creativity for how best to affirm your sons in their masculinity and your daughters in their femininity.