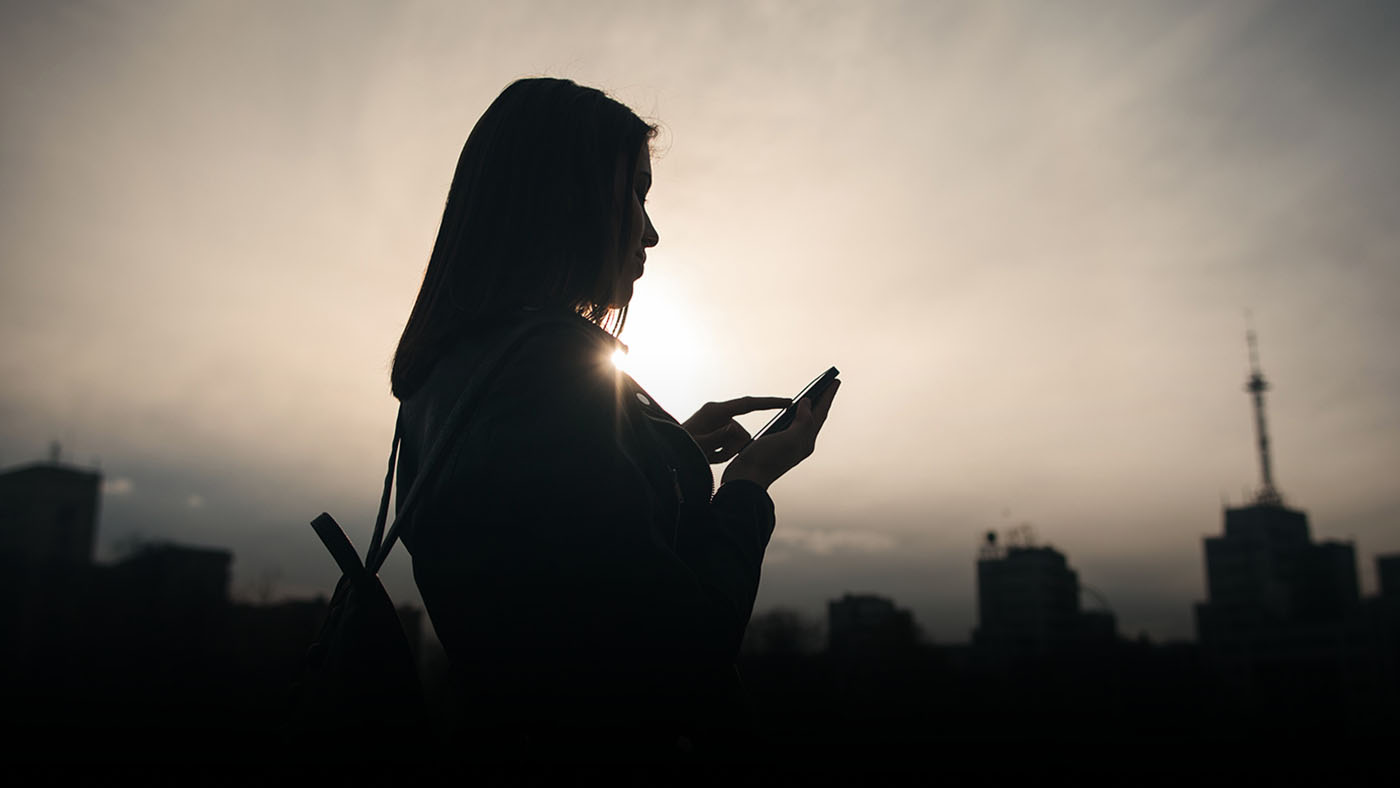 Mary, Nate, and their seventeen-year-old son, Gabe, had been friends with a couple and their fourteen-year-old daughter Chloe since both kids were little. The two families regularly spent holidays and family vacations together. Both families loved to camp, so they were looking forward to an upcoming trip.

After the two families made it to their campsite and set up the pop-up trailers, Gabe and Chloe went for a hike by themselves. When they stopped to take a breather, Gabe took out his phone. Then he asked Chloe if he could take photos of her—without her clothes on.

Chloe agreed without even a weird look. After all, she and Gabe had been like brother and sister almost their entire lives and had shared lots of things together. They both pretended it was a professional photo shoot, and Gabe took numerous shots. After finishing their hike, they returned to the campsite with no thought of what either of them had done.

Several months later, the photos were randomly discovered on Gabe’s phone by one of his baseball coaches, who was required by law to report possible child abuse to the police. Gabe was immediately arrested and jailed.

Chloe’s parents went to the District Attorney and pleaded for him not to press charges against Gabe. “What he did was wrong,” they told the DA, “but he’s never done anything like this before. He’s a good kid.”

Despite their request, the DA decided to make an example out of Gabe and charged him with a felony. Gabe was found guilty of possession of child pornography. It was very likely that Gabe would be convicted and labeled as a sex offender for his entire adult life.

The one-time inappropriate photo shoot will have long-lasting impacts on the teens’ lives and the lives of their families. During the court proceedings, the families learned that Gabe shared the photos of Chloe with several of his baseball teammates. Chloe was horrified and refused to return to that school. Her parents were able to get her into another school district, but not without time and expense. Additionally, the long-term friendship between the two families was torn to pieces.

People who sext may be charged with producing, distributing, or possessing child pornography and sexting. The seriousness of sexting offenses is not always fully understood by the participants or their parents, but all fifty states have some type of legal enforcement in place.

According to the Mobile Media Guard website, the severity of the charges that might be leveled against a teen caught with sexually explicit images on her phone can be “sobering.”1 In states that have not specifically addressed sexting, it’s possible that the authorities will defer to child pornography laws to address the matter. And since most teenagers don’t pay for their own cell phone accounts, it’s likely that their parents will be held legally responsible and monetarily liable for their actions. For all these reasons, it’s crucial that you take steps to become technologically savvy and keep pace with the ways that cell phones can be used.

As the previous story shows, sexting is a particularly dangerous use of social media that can lead not only to legal problems but also to psychological distress and suicidal thoughts. As parents, we need to do all we can to protect and educate our kids about this practice.

Sexting is the practice of using computers, smart phones, and other electronic devices to send or receive sexually graphic texts, photos, or videos over the internet. It’s a growing phenomenon among preteens, teens, and young adults. As a matter of fact, several studies suggest that somewhere around 20 percent of adolescents have shared nude or seminude pictures of themselves by way of a mobile phone or computer.

New technological developments are making this kind of activity easier and more enticing all the time. Snapchat has actually been nicknamed the sexting app because users can easily transmit photos and text messages that disappear in seconds. This encourages teens to think that it’s relatively safe to send risqué or pornographic pictures of themselves.

This is a serious mistake. Online privacy is a myth—digital images are forever, no matter what the creators and purveyors of Snapchat may say. There are actually a number of ways in which these images can be captured, stored, and shared by people for whom they were never intended. And once they’re out there, there’s no telling where they might end up.

Law enforcement officials report that sext messages have become a veritable gold mine for sexual predators in search of likely victims. In fact, statistics indicate that as many as 20 to 25 percent of them eventually wind up on websites run by pedophiles.

The legal implications of sexting as a pathway to involvement with child pornography are disturbing enough. But there’s more to this story— much more. Adolescents need to understand that when the explicit images in question are photos of themselves, a whole new dimension of psychological and emotional distress is brought into play. That’s when things can get personal, vicious, and deadly serious. It’s at this point the danger of developing suicidal tendencies and engaging in other forms of self-destructive behavior becomes very real.

Over the past several years there have been a number of reports of teens, both boys and girls, who have taken their own lives after their nude photos, originally sent privately to a boyfriend or girlfriend, were shared publicly online. In some cases the more widespread sharing was a deliberate act of revenge on the part of the boyfriend or girlfriend, carried out in the aftermath of a painful breakup. In others, it was simply an aspect of the generalized meanness of the teen society.

It’s easy to understand why these young people felt that suicide was their only option. The sense of personal violation to which they had been exposed would be devastating for anybody at any age. Such violation is especially unbearable during adolescence, when feelings of every kind are raw, intense, and close to the surface. In the mind of a teen, embarrassment and shame can lead directly to hopelessness and despair. It’s not surprising that some kids come to the conclusion that suicide is the only way out.

On a deeper level, it’s naïve to assume that no one is hurt by sexting simply because it doesn’t involve actual physical contact. That argument ignores the profound emotional, psychological, moral, and spiritual aspects of human sexuality.

When we expose ourselves to another person by getting involved in any form of sexual activity, we become vulnerable. When that happens in a context where the participants have no assurance that they are mutually loved and cherished—when it’s removed from the safety and privacy of the marital relationship—true intimacy is undermined. This can be psychologically destructive to everyone concerned. And it’s worth noting here that teens who sext are far more likely than their peers to engage in intercourse.

Scripture takes a holistic view of sex. It describes it as a whole-life, one-flesh union between a man and a woman. It further teaches that this union is to take place only within the context of a committed marital relationship (Genesis 2:24).

It’s impossible for people to indulge in the counterfeit intimacy of sexting without distorting their perception of this holistic relationship. Such distortion can negatively influence a young person’s future relationship with a spouse. It can also erode self-esteem, self-respect, and a sense of personal identity. This, in turn, can easily lead to deep despair and the development of suicidal tendencies.

There are a number of ways you can steer your kids away from the dangers of sexting. Let’s take a look at some practical strategies.

Don’t give your teen a cell phone with a camera. It simply isn’t necessary for every child to own a state-of-the-art smartphone—at least not until he has reached the level of maturity and responsibility required to use one. If you need to stay in touch with your teen, buy him a simple flip phone equipped with basic calling capabilities. If sexting seems like a potential problem, remove the texting option from your mobile phone plan. It can be as straightforward as that. In this article, Danny Huerta provides some insights on when to get your child a cellphone.

Develop responsibility by providing phone privileges on the basis of proven maturity. Shape your child’s character. Teach her sound moral principles. Help her to be more grown-up by guiding her step by step through the stages of social, personal, and sexual self-awareness and self-control. Don’t simply hand out phones as a matter of entitlement or to gain the cool parent award from your teen.

Be aware of the motivations and deeper psychological factors that lead kids to get involved in sexting. Sit down and talk with your child. Get inside his head and try to see things from his point of view. Be aware of the pressures that could be driving him to do things he might prefer not to do—peer expectations, for example, as well as self-esteem issues, threats from bullies, or requests from an aggressive girlfriend. Acknowledge the emotions that might influence him to do something as edgy and risky as sending a sexually explicit photo over the phone. Let him know that you understand the allure and the mystery of sexuality, the thrill and excitement of pushing boundaries.

Ask questions like, “Are there healthier ways of satisfying your curiosity about the sexual side of life?” or “Can you think of other ways to experience excitement and adventure?” If you discuss the subject openly and honestly, you’ll probably be able to come up with a long list of good alternatives to sexting.

State your expectations clearly. Draw up a set of rules for phone and computer use. Discuss these guidelines with your child and post them in a place where the whole family can see them. Reserve the right to monitor calls and review text messages. Let your teen know that you will not tolerate secrets, that everything relating to phone use will be kept open and aboveboard, and that all erased messages will be automatically regarded as bad messages. Make it clear that random spot-checks can be expected. Most importantly, establish and make perfectly clear what the consequences will be for violations of the rules, and follow through when infringements occur.

Warn your child in no uncertain terms about the dangers of sexting. Make the discussion part of a larger, comprehensive conversation about sex, sexual attitudes, sexual morality, dating, and the consequences of premarital sexual activity. Point out that there are serious emotional, psychological, and spiritual risks associated with this kind of counterfeit intimacy. And remind your kids that digital images never truly go away.

Sexting: Warning Signs As a parent, you have a responsibility to keep tabs on your child’s online activities and cyber-behavior. Here are a few signs that your teen may be involved in sexting:

It’s All in the Family

As parents, we need to assume full responsibility for the sexual education and development of our kids. If you have pre-teens or adolescents, warn them about the potential consequences of ill-advised, impulsive sexual messaging. Above all, let them know that it is never acceptable to exchange sexual photos or texts with anyone for any reason. In our technological age, this kind of open communication between parents and children is more important than ever.

NEXT SECTION: ''OVEREXPOSURE TO TRAUMATIC EVENTS''