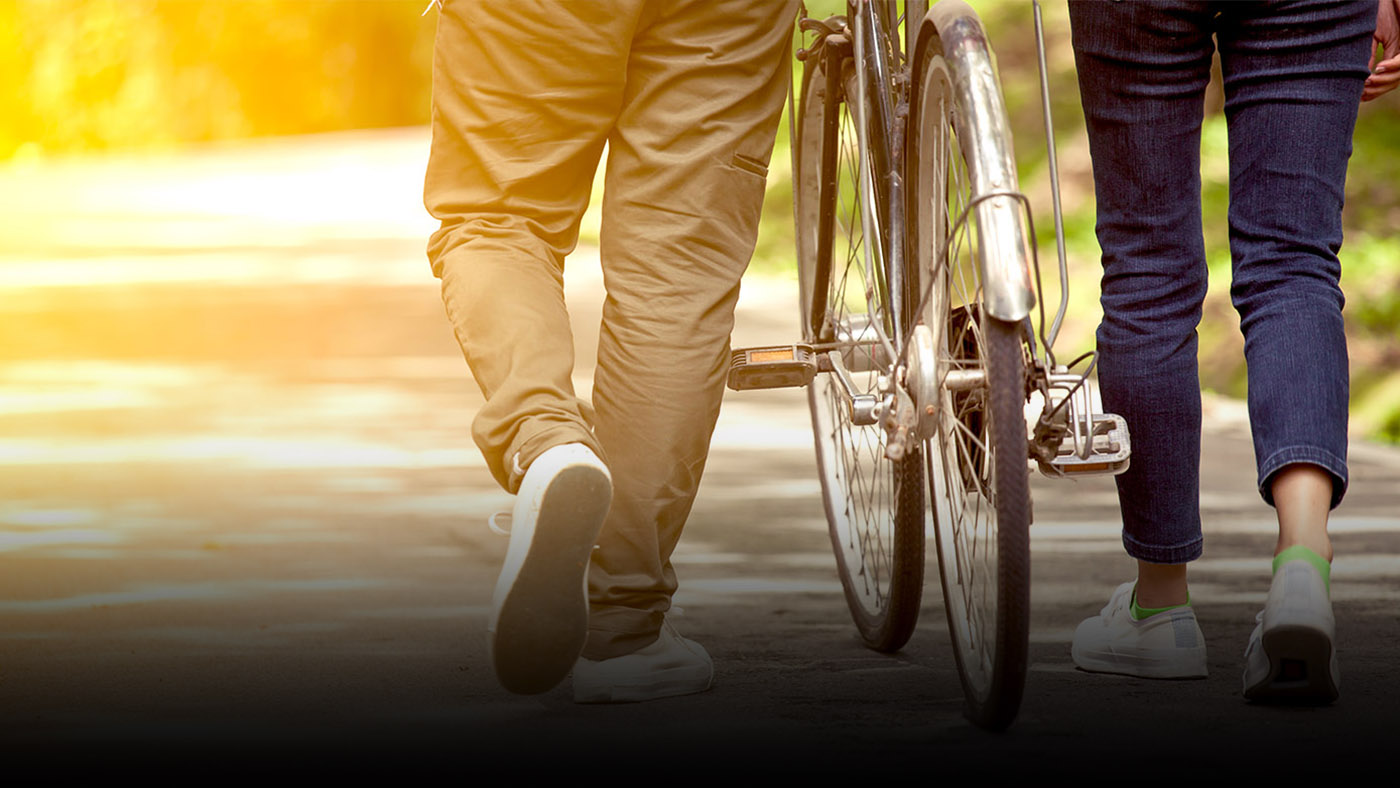 Christine had been dating Michael since they met in their freshman year at college. Halfway through their junior year, Christine sent a photo of herself to Michael. While Christine was clothed in the photo, the angle of the picture gave the impression that she was nude. Her boyfriend forwarded the photo to his friends, complete with a graphic description of his girlfriend’s body and how he intended to use it to his advantage later that evening.

The information forwarded by her boyfriend somehow made its way to Christine’s boss at the Christian mission organization where she worked, and she was fired for not complying with the organization’s policies regarding modesty. To make matters worse, Christine’s parents somehow received the forwarded message and immediately pulled their funding for her education, saying that they weren’t going to pay for her to prostitute herself. Several weeks later, she was asked to step down from her youth leadership position in her church.

Somewhere along the line, Christine was labeled as the loose girl. Peers set social media connections ablaze harassing her and sharing more examples of her lack of modesty. Even though there was ample evidence that most of what was shared was inaccurate and never actually happened (can you say “fake news”?), her reputation as a kind, sweet, Christian girl who was eager to help others was ruined.

Having lost her job, leadership position, and the support of her parents and friends, she became depressed and considered suicide as a way to escape the humiliation she was experiencing. Her plan was diverted only because Amanda, a gracious friend, reached out to her and helped her find a counselor to help her put the fractured pieces of her life back together.

Fortunately for Christine, her story eventually had a happy ending. She managed to get another job and finish her college degree on her own. And in a true example of resilience, she now works for a law firm that frequently represents people whose lives have been significantly affected by cyberbullying and breaches of privacy online.

Christine’s story is only one example of how easily technology may ruin a life and lead kids to despair. It’s also an example of why we must all do a better job of teaching our kids about the pitfalls of technology while placing safeguards around them. To begin with, we need to remember that much of the technology we use exists to make money. The technology our kids consume is designed to influence their beliefs and actions—not to foster their well-being. It’s a business that knows people chase novelty, convenience, information, and entertainment.

In 1998, Dr. B. J. Fogg founded the Stanford Persuasive Technology Lab. The Lab’s overall mission is to learn how computing products “can be designed to change people’s beliefs and behaviors.” It studies us and how we use computers, mobile devices, websites, tablets, gaming devices, and so on. The Persuasive Technology Lab wants to influence our behaviors, to push us to do what the lab’s leaders decide is beneficial.1

It’s an alarming realization, but as parents, we can take charge of this situation.

First, consider your values and perceptions about technology. How did you arrive at your beliefs about internet use? How does your family spend its time? It says in Proverbs 14:30 that “a tranquil heart gives life to the flesh, but envy makes the bones rot.” We could reasonably say that technology often creates jealousy rather than peacefulness in our minds. As we look at social media, we can easily get a distorted view of other people’s lives and of what we’re supposedly missing out on, which can lead to that bone-rotting envy.

Have Boundaries for Your Entire Family

Be proactive, clear, and wise by setting parameters on screen usage from the very beginning. You will need to consistently reinforce and revisit those boundaries as well.

Countless preteens and teens very much act like addicts who need a fix. The deeper they become entrenched in their video usage of choice, the more disconnected, anxious, stressed, and depressed they become. In most of the cases, rules and limits weren’t laid out on the front end, when they first received the devices. Creating boundaries after your kids have had full rein means parents will usually have more backlash and rebellion. As a parent, you can become intimidated or afraid of the emotional turmoil and conflict that comes from your kids’ unpleasant reactions. It’s easy to tiptoe around limits. But for the good of your family, learn to be firm and stand strong, even when you get angry responses from your kids.

Do you watch hours of television, spend hours on social media, or incessantly check your phone? Why do you expect anything different from your kids? The limits we place on our kids will be most effective if they’re the same limits we consistently practice ourselves. As you practice moderating your use, your kids will more likely accept the limits you place on them.

Teach About a Healthy Mind

Romans 12:2 says, “Do not be conformed to this world, but be transformed by the renewal of your mind, that by testing you may discern what is the will of God, what is good and acceptable and perfect.”

Reflection and downtimes can also be spent connecting with God. Time-in tasks can include serving within God’s kingdom and His larger story.

Many times our attempts to foster healthy minds get sidetracked by the urge—we call it a need—to check our phone, texts, or social media sites. That’s why we need technology limits. But those limits are just the first step in helping your family’s minds become comfortable without the presence of screens or earbuds. The following suggestions can also help your family find mental peace and rest:

Almost anything that gets you away from electronics, encourages you to ponder and observe things about life, or engages you in a tangible activity can bring peace and rest to your mind.

Filters and software will help you manage technology well and encourage media discernment in your home. There are many tools to choose from. Focus on the Family recommends the following.

NetNanny helps with filtering what is allowed to come through the internet into your technology devices. It provides parental controls, content blocking (including pornography), internet filtering (including profanity), and time-management software. The software provides you with alerts and reports as well.

Forcefield provides parental controls for mobile devices through an app. You get information about the overall activity on each device, as well as the ability to control apps on each device. Use Focus on the Family’s Plugged In reviews (PluggedIn.com) to help you make decisions regarding movies, music, video games, television, and books. The skilled team provides you with information to make the most informed decisions on media consumption.

Teach Why Modesty Is Important

Modesty isn’t the first thing that comes to mind when discussing modern technology. Yet there’s a strong connection between what your tween or teen sees on her screens and her perceptions of what is modest. Consider Christine’s story: one photo giving the impression of nudity eventually resulted in despair and suicidal thoughts.

Educating our kids about modesty may be more important now than at any other time in history. It’s too easy to exploit immodesty via cell phones, social media platforms, and videos. So let’s consider the full meaning of modesty. Being modest in our clothing means not showing too much of our body. The reason for modest clothing is because often our clothing is a reflection of our attitude. Being modest in our attitude means not being too proud or confident about ourselves or our abilities. Modest clothing is a way to keep from drawing undue attention to ourselves.

In our culture, there’s somewhat of a competition of who can look the sexiest and most provocative. Images become videos, and videos with the most likes and forwards are generally those that involve some sort of sexual content. There’s tremendous pressure on your preteen or teen to wear revealing clothing that gives a very clear message that her physical body is to be desired. The pressure isn’t only on your daughter. There’s just as much pressure on your teen son to look sexually desirable and to view females in a sexual way. This pressure appeals to our prideful tendencies, the side that says, “Look at me! Look what I’ve got.”

Now more than ever, it’s important to teach our kids that modesty is not just a matter of fashion—it’s a matter of humility and a proper attitude toward ourselves.

Managing technology for your kids—and yourself—requires intentionality and consistency on your part. These things won’t just happen—you need to be purposeful, calculated, and intentional to make them happen. If your family is like most, this isn’t easy. Safeguarding your family from the dangers of technology requires effort.

Of course, technology isn’t all bad: it’s provided us with great conveniences, medical benefits, opportunities for global communication, and other positive things. But life can also be good without technology. Whether technology helps your family or harms it depends on how you establish its value and usage for your family. As a parent, you have the opportunity to guide, teach, and model how to have a healthy, balanced relationship with technology.

Discuss what the Bible says about modesty with your family. Use 1 Peter 3:3-4 and Colossians 3:12-17 as your reference points.