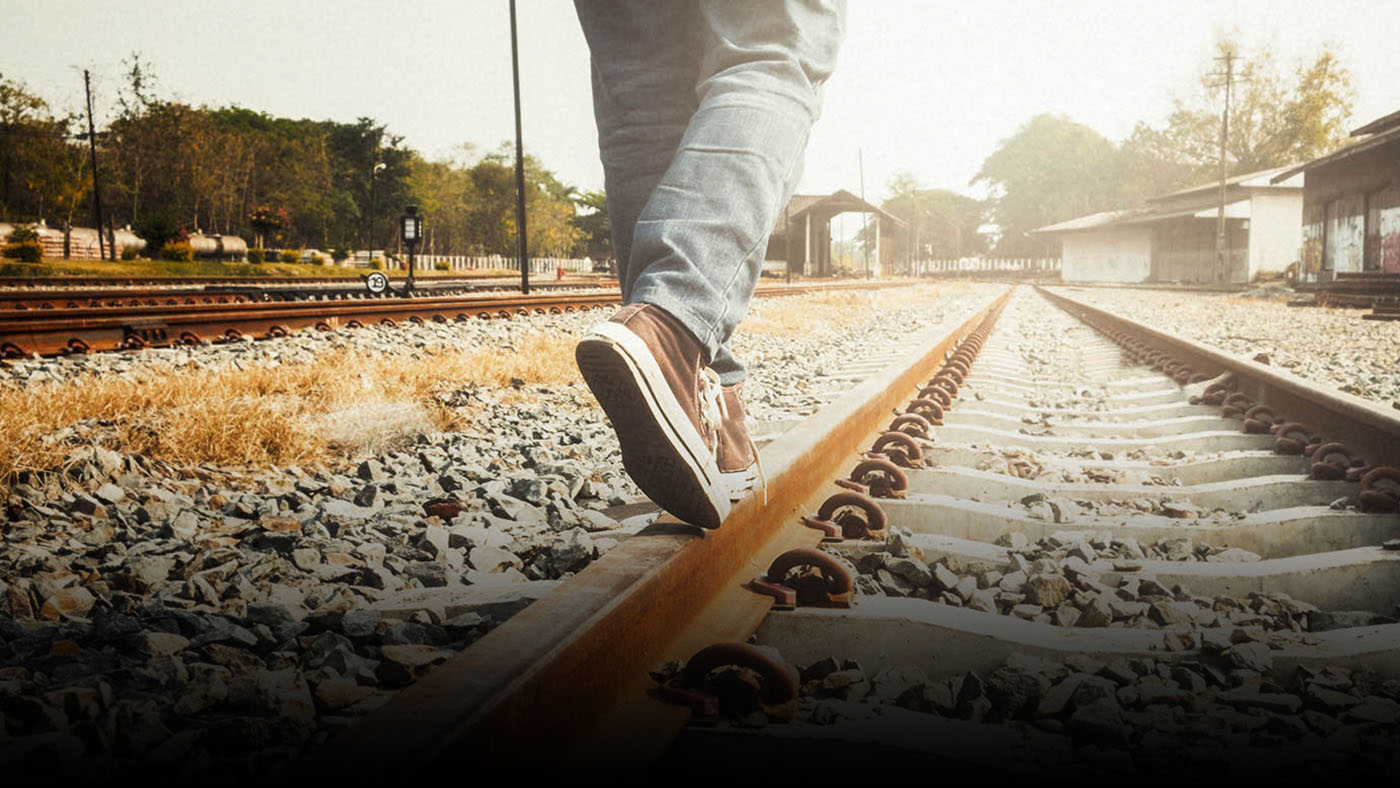 Jeremy was eighteen when he first saw a therapist to address his issue with pornography. While he didn’t view his problem as an addiction, the therapist clearly did. Jeremy told the counselor that he was exposed to pornography at the age of eight and still remembered the very first image he ever saw as if it were yesterday—that image would be classified as sadomasochism.

“Those images have never left me, and I’ve been stuck on them all these years,” he told John, his therapist. As Jeremy continued in therapy with John, he continually expressed an overwhelming sense of pain and shame.

Jeremy didn’t show up for his fourth session—he had taken his own life three days earlier. The note Jeremy left behind expressed the unrelenting shame associated with those images and his belief that he could never be free from them.

What Is a Traumatic Image?

Trauma happens when the mind or body is subjected to a negative impact so great that it’s unable to absorb the shock. This in turn leads to a person’s loss of psychological balance. Disturbing images have a unique power to inflict traumatic injury upon the human brain, especially in the case of the young, vulnerable, and impressionable. That’s because shocking images stick in the mind. They convey a sense of immediacy that sets off chemical reactions in the brain that are much like those created by firsthand, real-life experiences. They are a kind of virtual reality in and of themselves.

It’s no wonder that image-induced psychological trauma is on the rise in contemporary society. Pictures, both still and moving, have been the centerpiece of our culture ever since the advent of film and television, and this emphasis has been exponentially reinforced with the arrival of the internet. Nowadays we’re bombarded with visual input twenty-four hours a day. To make matters worse, our world has shrunk under the influence of communications technology and social media. Things we would never have seen firsthand fifty to one hundred years ago have become part of our daily routine.

Like it or not, we’re now regularly subjected to all kinds of shocking, surprising, and upsetting visual experiences: scenes of brutal combat, school shootings, beheadings, sexual acts of every variety—all in real time and full-color high definition. And that’s just “entertainment”! Never mind the trauma-inducing stuff we see on the news. Images like these are accessible to anybody of any age who has an iPhone, an iPad, or a personal computer. That includes the vast majority of kids ages ten and up. To top it all off, the people who possess the power to do something about this situation are remarkably reluctant to intervene.

Read this article about a mom who believes the popular Netflix series 13 Reasons Why was a factor in her daughter’s decision to commit suicide.

Because our culture is saturated with these images, visually induced mental trauma is an all-too-familiar feature of modern life. But it’s not a simple phenomenon, nor is it always easy to detect. Its effects are subtle and elusive. They vary from person to person. That’s because visual trauma exists largely in the eye of the beholder, literally. To complicate matters further, how visual trauma affects people depends on four different criteria of measurement:

How the Brain Responds to Traumatic Images

Visual input feels more real and immediate to the brain than a written or verbalized description of a scene or event. As a result, the central nervous system tends to respond to disturbing images as it might respond to a true-life threat. When confronted with real danger, our brains slip into the fight, flight, or freeze mode. The limbic system, which works much faster than the analytical prefrontal cortex portion of our brain, kicks into gear. Rational thought recedes into the background. Everything becomes part of a mindless reactive pattern.

Something similar happens when our brains are exposed to a disturbing or shocking visual image. The situation becomes even more serious when those images are sexual in nature. Sexual images stimulate the release of powerful hormones into the nervous system:

The result of this hormone release can be a type of addiction every bit as real as that connected with substance abuse.

In adolescents, these factors combine to put the young viewer of pornography into a kind of double bind. On the one hand, the pictures he’s viewing are so captivating and alluring that he can’t turn away. On the other hand, they can be so disturbing and guilt-producing that he’s thrown into a state of severe mental conflict.

The blow to this child’s or teenager’s conscious mind is so severe that he’s unable to absorb the shock. If he isn’t released from this bind within a reasonable amount of time, something will snap. Unresolved internal tension will compel him to act out in some way or drive him into anxiety, depression, or despair.

So many images we see these days are edited or modified by electronic technology that it’s hard to know if what we’re looking at is actually real or not. Kids see the world through the lens of media rather than vice versa. As a result, they’re beginning to accept the idea that nothing is really real. That includes things like violent crime and suicide.

And that’s not all. There are other ways in which the incessant onslaught of digital media alters our sense of what real life is all about. The immediacy of disturbing visual images creates the impression that frightening events are always happening just outside the door. This becomes a special problem for children between the ages of two and seven, since at this stage, they tend to feel personally responsible for everything that happens around them. A constant barrage of negative news can be particularly unnerving for kids this age.

The Harmful Impact of Negative News

Thanks to Twitter, Facebook, and the twenty-four-hour news cycle, many of us nowadays live with a constant feeling that the world is crashing down around us. This isn’t precisely the case, of course. In fact, some studies have suggested that the world has seen an overall decrease in violence over the past few decades. In reality, our feelings of gloom and doom are largely the result of highly selective reporting. Unfortunately, that doesn’t make a great deal of difference in the world of digital media. In that world, perception becomes reality—even though it’s a false reality. And this false sense of reality is affecting the human mind for the worse in several ways. A Science article, “What Constant Exposure to Negative News Is Doing to Our Mental Health,” notes these effects:3

What Can Parents Do?

There’s no denying it. It’s harder for us to keep traumatic images away from our kids than it used to be. The dangers children are facing today are both actual and virtual. They’re both real and imaginary—or in other words, image-based. In some respects, we’ve reached a place where images actually have a greater potential to harm us than do real-life dangers.

What can be done about it? We have five simple suggestions for you as parents who are looking for ways to turn the tide of negative media influence:

Don’t be afraid to be the tough parent. In view of the lack of censorship in our current culture, we need to step up to the plate and play a regulatory role in our children’s lives. Being their parent sometimes means not being their “friend”—at least not right now. If you care about your kids, adopt a Social Media Use Contract like the one described in the social media section. Create a system of accountability and place limitations on media use. Install content filters like Forcefield on everybody’s phone, even yours.

Do the real thing. Counteract creeping confusion between the actual world and the virtual world by getting your kids involved with real life. Take them on walks outside. Play catch or Frisbee. Throw a real football back and forth. Ride bikes and go on hikes. Encourage nondirective, unstructured play in the backyard. Play a real board game with them instead of the digital version. Give them music lessons and provide them with opportunities to participate in outdoor sports. Do anything you can to drag them away from the screen and get them immersed in the wonders of God’s creation.

Talk about it. If you have teenagers, sit down and have an honest discussion with them about the power of visual images. Ask them if they’ve seen images that bother them or make them feel uncomfortable. Talk about why these images are bothersome. Face up to the dangerous siren-call of the internet. Create a dialogue about overdependence on media and its potentially harmful impact on mental health. You can start with questions like these: How do you feel when you’re denied access to your phone? Do you think those feelings are healthy? Why or why not?

Process together. If a child has endured some kind of trauma as a result of exposure to disturbing visual imagery, help him talk it through and process it out. Adopt a nonjudgmental approach and make your home a safe place to communicate. Depending on the seriousness of the situation, you may want to engage the assistance of a professional counselor who has been specially trained to deal with the fallout of traumatic images.

Stay connected. Overexposure to any type of traumatic image is an issue no parent can afford to ignore. Left unattended, the problem can eventually drive young people to think seriously about suicide. As a parent, you don’t have to let things go that far. You may not be able to ban media from your household altogether, but you can head off a tragedy by staying connected with your kids and approaching the subject head-on. Remember, the best way for kids to learn about sex, managing violence, relationships, and the value of life is through conversations with you—not by way of the internet.

NEXT SECTION: ''RESPONDING TO TECHNOLOGY ISSUES''